Question: Where lies the origin of the Latin alphabet?
Answer: Egypt

Humans began early to depict their environment. After permanently settling due to the neolithic revolution they began to use pictograms for administration (3000 BC Egyptian hieroglyphs, 3000 BC Cuneiform 1200 BC Chinese characters, 300 BC Mayan script, etc.). Because of similar age of Egyptian Hieroglyphs and Cuneiforms Egyptologists and Assyriologists dispute who invented writing (see also this BBC article from 1999, and its original literature). This articles tries to help to depict the evolution from hieroglyphs to the modern alphabet in short form.

Unfortunately, not all words are easily depicted. That's where the Rebus principle comes handy. Using this principle the icons not only stand for objects, but also for the sounds produced when saying the object's name. This principle was at first only used to write proper names. Around 3000 BC for the first time the name of the first pharaoh of Egypt, named Narmer, was eternalised. The name of the man who united the whole Nil valley was written with the symbol of a catfish (nar) and the symbol of a shim (mer). With time more and more words which couldn't be depicted direclty (abstract nouns, verbs, ajdectives) were written in that way. In order to differentiate homophones a determinative symbol is added to the phonograph, similarly to Chinese categorical radicals. The same strategy is used in the Mayan script and cuneiform script. 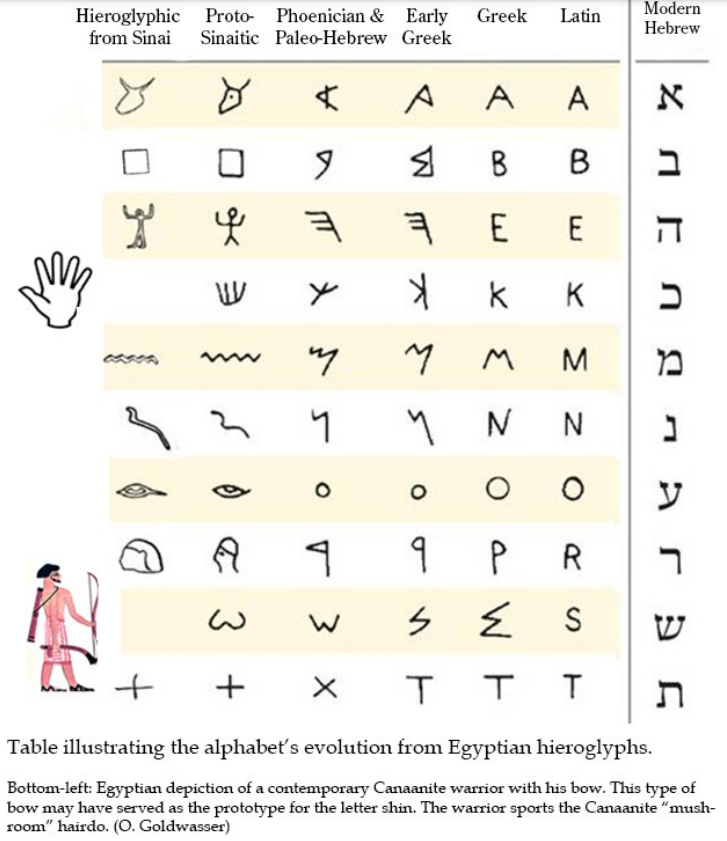 From Ideograms to Letters

The missing link between symbols describing word to symbols describing single letters was unveiled by the Canaanite sphinx, the Rosetta stone for the Proto-Sinaitic script. The Proto-Sinaitic script is the [parent][tree] of Greek, Latin, Arabic, Hebrew, Devanagari and Thai to name a few. The sphinx, which was found at Searbit el-Khadim, shows an inscription in Hieroglyphs and in Proto-Sinaitic. The Proto-Sinaitic language is the Muttersprache of guest workers from Canaan, which is located east of Egypt and west of Mesopotamia. Inspired by the Hieroglyphs they took the Rebus principle one step further. Each icon only stands of the first sound of the word for the depicted object; the first alphabet! In other words: acrophony, the name of the letter begins with the letter itself (e.g. alpha, beta, gamma, delta).

The Spread of Letters

The Canaanites returned home with their new achievement. The Phoenicians (based in Tyr) adapted the alphabet. They were traders and seafarers and spread the alphabet in western Asia (Near East) and in the Mediterranean area. There, the Phoenician alphabet diversed into Greek, Arabic and Hebrew. The Romans adapt the Greek alphabet and the Latin alphabet eventually spreads across the globe. 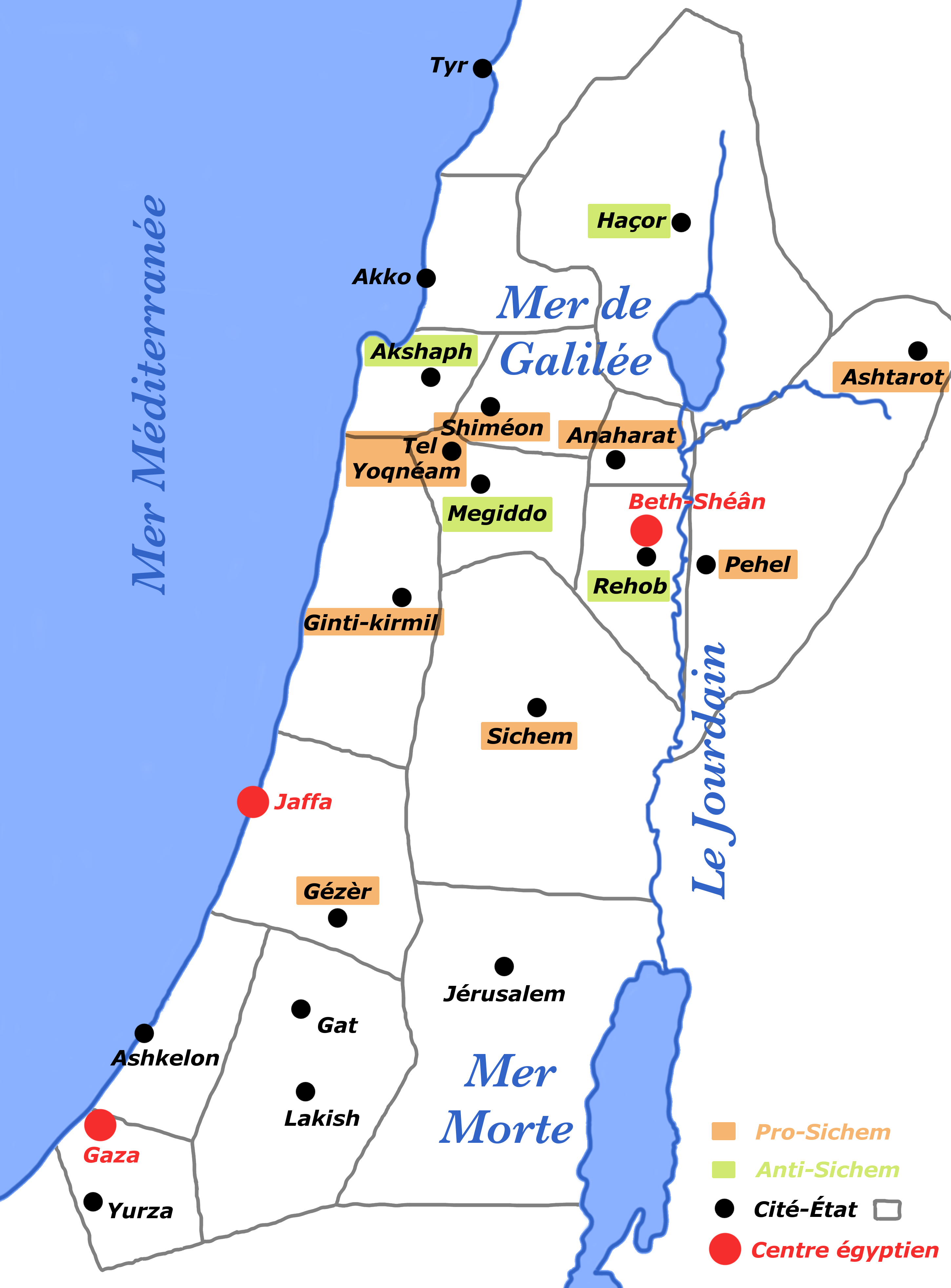 Follow up question:
What about Japanese, Korean and south-east Asian writings?

Short answer:
Chinese emerged independently. It was used as a script in Korea and Japan in the early days. The Korean alphabet was created by a 16th Century king to ease literacy. Japanese scripts were influenced by Chinese characters.